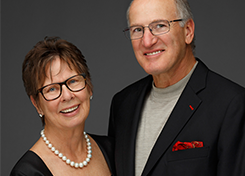 Girl Scouts of the USA (GSUSA) has  named Dianne Belk as a national Honorary Trustee. With executive experience in engineering and manufacturing, Dianne will inspire and shape the next generation of female leaders and help ensure GSUSA has the strategic resources to thrive.

Honorary Trustees are individuals of national stature who champion Girl Scouts’  program and goals.  Through their financial support, thought leadership,  and strategic influence, they ensure GSUSA  can continue to fulfill  its  mission to build girls of courage, confidence, and character who make the world a better place. Given the uncertainty in the realities of today’s marketplace, GSUSA is grateful to  have these innovative minds.

A Gold Award Girl Scout alum and Lifetime Member, Dianne credits Girl Scouts with opening opportunities for her as a girl and impacting her goals, values, and character. In 2012, Dianne was named the Founding Chair of the Juliette Gordon Low Society, formed by GSUSA to thank and honor those who make Girl Scouts part of their wills and estate plans. Since then, Dianne has volunteered her time by leading the Juliette Gordon Low Society’s growth from 348 members to over 4,300 members today. She and her husband, Lawrence Calder, have traveled the country for the past eight years, speaking to thousands of Girl Scout volunteers and donors about the power of planned giving. Dianne’s appointment as Honorary Trustee acknowledges her dedication to planned giving across the Girl Scout Movement.

“Dianne Belk has long been a staunch supporter of Girl Scouts, and I’m delighted to welcome her as Honorary Trustee,” said GSGSMS CEO Becky Traweek. “She is a trailblazer not only in her career, but also within the Girl Scout Movement, making enormous impact as the volunteer leader of the national planned giving program. We are immensely grateful that she continues to provide her leadership and expertise as we move forward in these uncertain times.”

“Becoming an Honorary Trustee for GSUSA is extremely meaningful to me,” said Dianne Belk. “Being a Girl Scout unlocked endless possibilities and helped me hone the skills to become successful in life. I look forward to supporting the mission as an Honorary Trustee, ensuring more girls have the important leadership experiences that Girl Scouts offers, and representing those special people who choose to include Girl Scouts in their legacy plans.”

Dianne and her husband share the mission to help knock down barriers to equality that young women face and they have chosen Girl Scouts as the best organization to help  reach that goal. 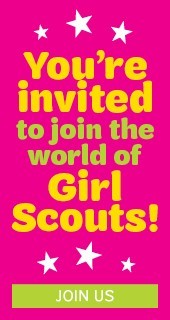 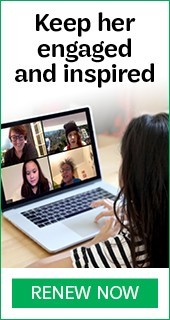